While researching numerous types of ruffled veil designs a couple of years ago, I realized that in example after example I was seeing not just one veil, but a combination of ruffled veils, ruffled caps, and decorative filets. Over many hours of study and admiration, these 3 effigies and brasses particularly stood out to me. 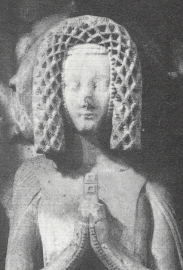 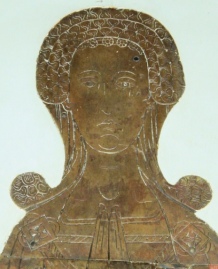 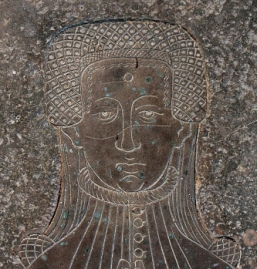 After experimenting and constructing several different styles of ruffled veil, I decided that I really wanted to make a filet to use in creating more layered looks with the veils. This would also have the effect of enhancing the versatility of each of these items, as they could be combined and recombined in different ways. 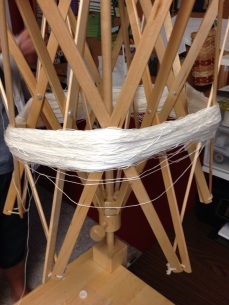 Untangling the reeled silk proved to be quite a challenge. 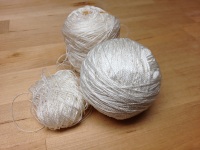 Reeled silk was chosen based on information from Textiles and Clothing: 1150-1450. 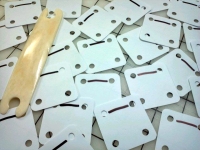 The tablets are marked to help keep track of the pattern as all of the silk is white. 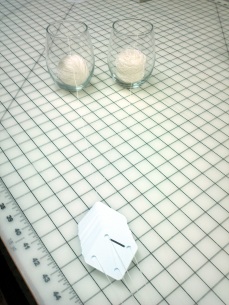 A continuous warp is used for the inner 22 cards. 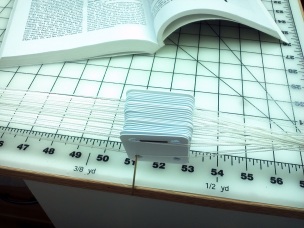 Warped and ready to weave. 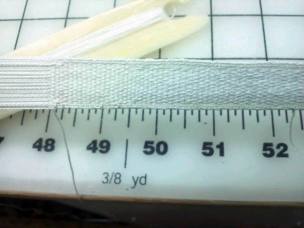 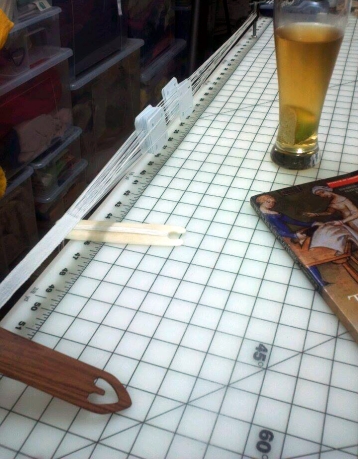 7 inches woven and the consistency has improved.

The silk filet (left) is based on this extant 14th century tablet woven filet (right) found at the Museum of London. 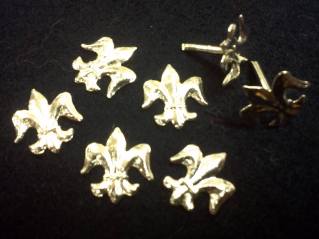 Belt mounts prepared for the fillet. 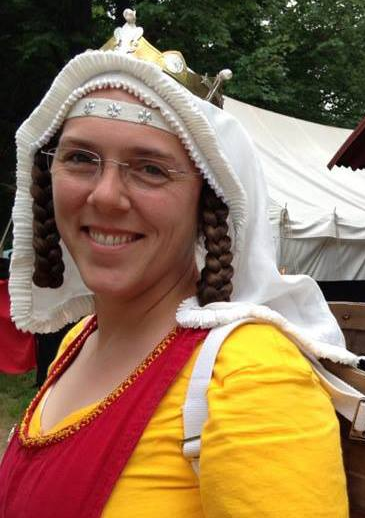 The silk filet in action, layered with a ruffled cap and ruffled veil.

Based on information from Textiles and Clothing (pg. 19), I chose to work with reeled silk. I came as close as I could to the type of silk described here, though I suspect the thread that I was able to obtain is a bit heavier that what was used to weave the original. Like the extant filet, I wove with 26 tablets, 4 turned together as border (2 per side) and 22 turned together in the center.

The extant 14th century filet shows impressions from mounts that were attached. I chose fleur de lis mounts, made by Alicia LeWilfulle, as they are part of my personal heraldry. (And, I love them!) The back post for riveting was cut off so that I could sew these to the filet, in keeping with the technique displayed in the extant piece. As a side note, the weaving on this filet is so tight that it actually would be quite difficult to pierce with a rivet post.

I have enjoyed wearing this filet and using it to create new looks. I would like to weave another filet in colored silk and one that is a bit narrower in width.

One thought on “Silk Filet”

This site uses Akismet to reduce spam. Learn how your comment data is processed.